IoT and the Propane Industry

The Internet of Things, otherwise known as IoT

A concept based on the proliferation of smart devices across a variety of industries and domestic applications. Some common examples of IoT would be devices like the wildly popular Ring suite, which includes things like doorbell cameras (smart doorbells), smart thermostats, smart lighting, smart home security systems, and so on, which is an example of a low level application of the tech. In the industrial manufacturing space, there has been a push for what’s known as Industry 4.0, a mindset and ethos around the automation of production management via strong data analytics. The means to that end is sensors on machines, which can track everything from uptime and downtime, to scrap rates, to operator engagement, and much more. As of two years ago, the manufacturing industry is estimated to have spent $772 Billion on making their plants smarter in 2018 alone.

So what does all this mean for propane?

Well, according to market research, the propane industry has not adopted IoT products in any meaningful fashion. The last time we conducted a survey in early 2019, we came to estimate that only 4% of all propane tanks which can be monitored are currently being monitored. As for reasons why that is the case, it could be anything from cost, to concerns about product reliability, resistance to change, or - in some vanishingly rare cases - a general lack of education about what tank monitors do and how they can help. By our estimates, if a propane distributor is able to cut down on just two bobtail stops per year on one route of, say, 25 residential customers, they stand to save $10,000 in wasted gas and driver hours in the first year, not factoring in overtime.

Like any new technology, it goes without saying that smart devices have their own unique set of issues and present new challenges for those who manage them. It’s true in general that IoT is in its infancy and experiencing rapid improvements. SkyTracker is unique in that it is one of the very first IoT devices for the propane industry and has already undergone 17 years of revisions. As a result, it’s a much more mature technology than some others. One-Tank has unwittingly found itself now included as an IoT product, but back when we developed the first SkyTrackers the term hadn’t yet been popularized. We were doing it before it was cool. To an extent we can appreciate the concept of the Internet of Things, but we feel there are some issues with the term, namely that it doesn’t tell you much about the actual product itself and, for those who have spent time in the software-as-a-service space in the past 5 years or so, “IoT” evokes images of pointless sensors being slapped on to anything and everything whether necessary or not.

A common issue with new tech is feature bloat, or unnecessary features that the end user gets little to no use out of and which carry a disproportionate cost.

That cost can come in the form of production and manufacturing, high battery usage, shortages of material or labor, and wasted resources in research and development which can detract focus from the features that matter more to the customer. Newer companies want their product to be the biggest and best offering out there, and they’re willing to build feature sets that are robust in order to smash the competition. In our industry, we’ve found that more often than not, less is more.

Here is a list of on-unit functionality we currently offer to our customers with the modern SkyTracker:

Everything else the SkyTracker/One-Tank suite does is software-based on the back end here on the servers at our corporate headquarters.

Any graph or visualization in our dashboard is created ad hoc via the data the units provide. With these settings, a SkyTracker R (ca. 2019 – “SkyTracker v. 4.5”) has a theoretical max lifespan in excess of 7 years on a residential tank. Theoretical maximums being what they are, we can understand skepticism about any newer product. To help assuage some of that fear, it would probably help to know that the SkyTracker II units we installed 10+ years ago are finally in their death throes now – and this ability to prove our capabilities is something we can claim as an established company. Be forewarned that with any product at all, one assumes an inherent risk that requires an assumption the product will perform up to spec in a real-world scenario, not a paper study.

Propane marketers want one thing above all else: reliability.

Bells and whistles and fancy features on a technology product can be powerful, but for a propane company nothing is more important than a product that just works. The major revision undergone from SkyTracker IV to SkyTracker R was in changing the chassis design to allow for two things: we eliminated a point of potential water ingress in the connector, and we also allow now for batteries to be field replaceable. The paper study lifespan of the silicon in the PCB of a SkyTracker R unit is somewhere in the neighborhood of 30 years, and that is a conservative figure as it’s rated higher, but we won’t push our luck. We haven’t had time to test that one.

For propane marketers there’s no reason to hold back in 2020 and beyond.

Tank monitors have come quite a long way from the early 2000s when Rick started this company and used to have to dig holes in the ground to run lines to the home from the tank. Now tank monitors are Set It and Forget It, and all you have to do is perform the up front work of setting up alerts on tanks. We have some customers who never log in to their customer portal, and simply wait for a text or an email that tells them their tank needs gas. Originally, that may not have been our vision. We may have wasted a lot of time and resources in developing functionality that ultimately turned out to not be necessary. But isn’t that the nature of technology products? The customer is always right, and if that’s all someone needs, we won’t argue.

Is there something you’ve always wanted in a tank monitor but you’ve never been able to find?

Let us know at info@one-tank.com

One-Tank has helped me to winter-proof my propane business by providing real-time visibility into my available storage. I now know how much total storage is available, helping me to efficiently route my bobtail trucks.

Now I can be more proactive and plan for the winter ahead, alleviating price spikes and putting the extra profits back into my business.

See how we help numerous companies cut their fuel cost and optimize propane delivery while also providing their customers with cost saving advantages.

Are fluctuating prices and fuel outages putting a dent in customer satisfaction? Now there’s a way you can give your customers more affordable monthly rates ... 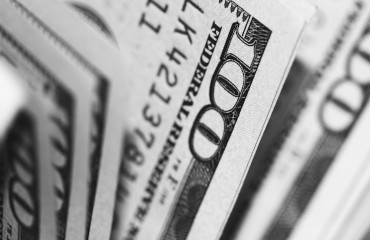 Save time and money while operating more safely and efficiently all winter long with one easy but powerful change for your fuel storage ... 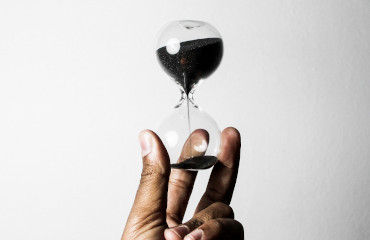 The benefits of using field storage are significant for your business and your customers. SkyTracker provides detailed insight into tank data ...